Lucknow is the capital city of the state of Uttar Pradesh. This metro city is the administrative headquarters of Lucknow District and Lucknow Division. Lucknow has always been known as a multicultural city and flourished as a cultural and artistic capital of North India in the 18th and 19th centuries. Today it continues as an important centre of commerce, aerospace, finance pharmaceuticals, technology, design, culture, tourism, music, poetry and real estate. Lucknow ranked 6th among all the cities in India for fastest job-creation. It is the largest city of Uttar Pradesh and second largest metro of North and Central India after Delhi.

Lucknow elevation is 123.54 m above sea level . It is situated on 26.30 and 27.10 North latitude and 80.30 and 81.13 East longitude. Lucknow covers an area of 310.1 km2. It is surrounded on the eastern side by District Barabanki, on the western side by district Unnao, on the southern side by Raebareli and on the northern side by Sitapur and Hardoi districts. The city is on the northwestern shore of Gomti river, which flows through it. Lucknow is accessible from every part of India through air, rail and road. It is directly connected with New Delhi, Patna, Calcutta, Mumbai, Varanasi, Bangalore, Thiruvananthapuram and other major cities by Amausi airport. The Union Cabinet approved granting of international airport status to Lucknow 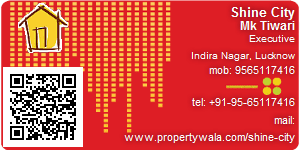