Operating Since: 2009
Dealing in: Sale/Purchase and Rent/Lease of Apartments / Flats 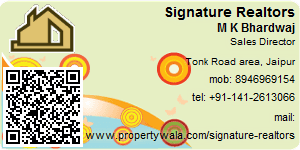